Summer is here! Posting out for summer! Happy summ

There has been a problem with your Instagram Feed.
Error: No posts found.

I often hear how people succeed when they’ve already done it (and it sounds easy in hindsight). So I wrote about what it’s like at the start, when it’s uncertain and hard.

Sport is a part of my life; it fuels my soul and keeps me in balance. 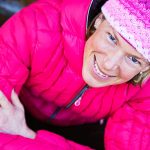 Training & racing is a lifelong pursuit that keeps me motivated, young at heart and fully engaged in the rest of my life.

As a working mom and athlete I know just how difficult it is to make healthy choices for one’s self and family. I am dedicated to supporting and inspiring individuals to follow their dreams in sport & health with grace.

I hope to share with you some of the things I love and am passionate about, as well as keep you up to date with recent races and other news!

May you be happy & healthy, 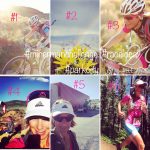 MINER WOMAN CHALLENGE! When Pete Stoughton, Park City Running Company Ambassador, Director of Trail and Ultra Running TAUR  and local volunteer coordinator of the North Face Trail Running Event asked me if I wanted to participate in the Miner Man Challenge, I first thought, “no way!” Miner Man Challenge =  Complete all the Park City Races on Trails in 2017: This includes both mountain biking and trail running and is a total of 22 events, the shortest being a 5km run and the longest being a 50 mile run and a 75 mile bike. Whew!  Read on…about the challenge! 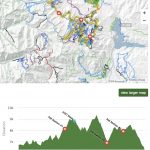 PARK CITY POINT TO POINT! Have you ever ride 75 miles? This is going to be a real a real Challenge for me!  Here’s a description of the race: The course is a true point 2 point. Thanks to the plethora of trails, you will never be on the same trail twice. You will be riding singletrack for over 90% of the race (that’s a lot of 1-track) and the total distance is 75 miles with around 12,000′+- of climbing, all while traveling through two of the country’s premier mountain resorts. It will challenge your mental prowess, yet it will have you grinning from ear to ear. #RACELOCAL #CHOOSEYOURCHALLENGE #MINERWOMAN #PARKCITY #GROWMTBIKE

Contact Nina or the UOP for more details on how to join. 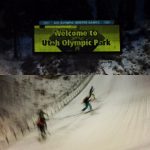 One of Nina’s goals when returning to the United States after over 13 years in Europe and two gold medals for the United States in World Cup Ski Mountaineering was to help grow the sport in the USA. Nina moved to Park City in 2015 and has worked directly with the Utah Olympic Park in founding the team. Simultaneously, with the effort of skimo enthusiasts, Park City Mountain Resort released an uphill policy at their resort which allowed even more terrain to ski uphill.With the growth and support of the Utah Ski Mo organization, their bi-weekly race series at Brighton resort and the end of season Powder Keg, this sport is moving on up! Find out more about the sport, it’s future and the PCSKIMO  team here!