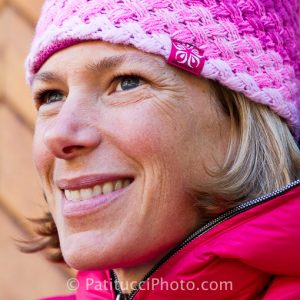 Nina has always been passionate about the mountains and sports, and fell in love with ski mountaineering when she moved to the Alps.

Ski alpinisme combines all the things she loves about the mountains:

Her biggest fans and supporters, her husband and two young boys see the value in following a dream.

Nina and her family strive to live an active, healthy lifestyle and they hope to inspire others along the way.

Nina ha been a member of the United States Ski Mountaineering Team since 2008 and competes at the World Cup level in Europe. She is the  President of the Chamonix Ski Alpinisme Club, an endurance trail runner, Before Kids climber, an artist at heart, yoga enthusiast and general mountain lover.

If she is not running or skiing around the mountains, you can find her running after her 2 boys, running errands, or running late. She used to never be late BK.

Nina’s first time on skis was around 3 years old. Growing up in Vermont she had a big backyard to play in. She took her first runs at Bromley Mountain. She did not really like cross-country skiing when she was younger; she only liked going down hill fast and over jumps. After a couple years Alpine Racing at Carrabasset Valley Academy on the slopes of Sugarloaf, USA an ACL injury at 14 sidelined her. After being tired of freezing her tail off in a GS suit at the top of a course with 120mph winds, she came to her senses and switched to Nordic Skiing at Holderness School. Under the coaching and mentoring of Phil Peck, ex Olympian, now head of school, her passion for endurance grew. With one year of racing, she took to the sport and was captain of the team her next year.  She took it onto Dartmouth College where she skied on the development team and also developed her love of  mountaineering and climbing. Post Dartmouth, she went on to coach the Development team under the direction of Cami Thompson and Ruff Patterson, still there today. Her passion for the mountains grew and grew taking her to work in the community of the National Outdoor Leadership School.

After being bored a bit with Alpine skiing she took up telemark skiing and did not put the tele skis down for 12 years until moving to the Alps. Her husband convinced her that she definitely did not want to bring those on her first Haute Route in 2003. That same year she did the Birkibeiner World Loppet in Norway, the Paris Marathon, all in a span of 2 months. Not too many months later, her first son was born in 2004. It was not until 2005 that she discovered uphill racing in the Swiss Canton of Vaud, while working at Aiglon College, running the girls expedition program. Her goal was to do at least 5 of these races and then she could merit a lighter pair of skis. Fueled by the fun of the event, great ambience and nice meals at the top of the courses she was intrigued. However baby number 2 came along in 2006 winter so it was really not until 2007 winter when she moved back to Chamonix with her family that she rediscovered the sport in all its glory.

■         Nina loves to read but has barely read more than magazines since her  first child was born 7 years ago!

■         Nina loves all types of music, especially those songs with high energy! 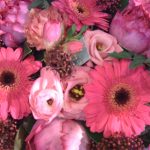 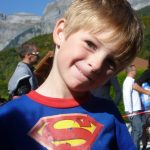 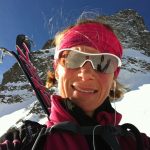 Words to live by

Always do your best with a smile! 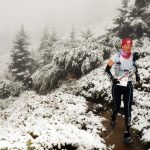 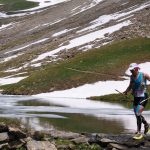 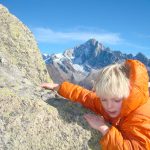 “I love combining power and technique to push your body to the limit — to the point of surreal awareness.” – Kikkan Randall

A few artists playing on the pink ipod shuffle:

Favorite place to ski: A nice line up or down in the Alps in the sunshine!