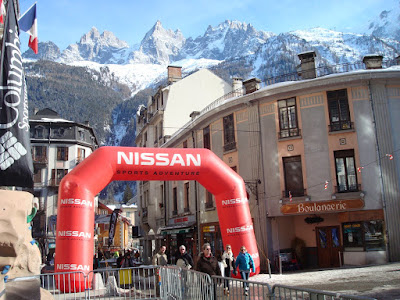 This week in Chamonix-Mont-Blanc, The Nissan Outdoor http://winter.outdoorgames.org/en/are underway. Michael joins Team ” Insomnia” before known as “The Dream Team” as an accomplished alpinist. This event has become THE event in action sports today.
The Concept

The top athletes representing the extreme sports of skiing, snowboarding, mountaineering, speed-flying and BASE-jumping will be in Chamonix in February 2009, to dispute the Nissan Outdoor Games film and photo competition. After four very successful summer editions, the event is taking place in the Mont-Blanc mountain range for the second time.

In a class of its own, this biggest European outdoor event combines the sporting performances of professional athletes with a creative and artistic aspect and blends it all into a festival of film and photography.

For seven days preceding the event, as a prelude to this fantastic alpine show, the winter games will host about sixty athletes, photographers and cameramen from Europe and North America to take part in the competition. Their challenge: shooting and editing 20 pictures and a short film, which according to the rules, must be no longer than 5 minutes including a sequence of BASE jumping, paragliding, mountaineering, skiing and snowboarding. Creativity-wise, anything goes… Elected by a jury, the best film will be judged on its photography, its screenplay and the performance of the riders. When it comes to pulling off the biggest moves, these high-level athletes should display the best combination of their disciplines with the Mont Blanc in the background.

This one of a kind event brings together athletic performance and a creative and artistic dimension to a film and photography festival.
“For the quality of the event and to ensure competitor security (since they perform in tough mountain conditions), we have limited the number of teams to five. These 5 teams represent over 60 people for which the security will be assured by the ‘Compagnie des Guides de Chamonix’”, explains David Carlier, director of the organization. “The selection was not easy because we received candidatures from all over the world and we were obliged to narrow our selection putting aside great teams.”
“The assembly of the international elite from 5 sports proves that this event is truly what the athletes and production companies are looking for. A commitment to quality to which the public will adhere.”
In town we enjoyed spectator events such as slack -line, bouldering, watching Petzl ice climbing and below future “petit alpinists” 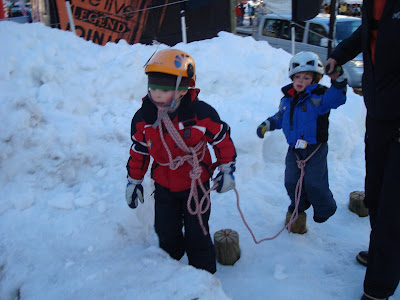 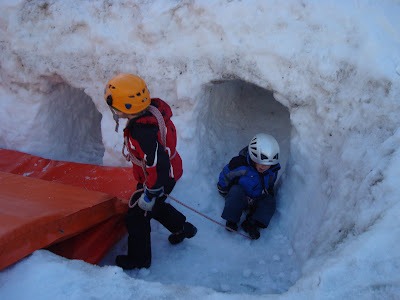