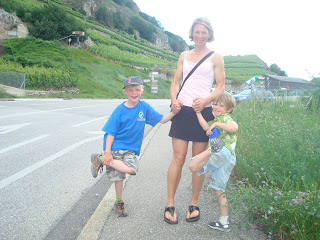 The Chamonix Judo club spent their end of year outing to Happyland in Switzerland, just past Sion in Switzerland tucked against the wine vineyards in the heart of Valais. My youngest son, Anders said, “Mommy, is Happyland is a place where you get happy?” Surely it did make them happy! It was like pulling teeth getting both boys to leave. 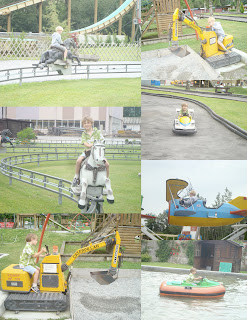 Upon return traffic was blocked by some police and we curiously pulled off the road to find it was stage 2 of the Tour de Suisse. Cool…we got to see the cyclists pass by 2x going up and down a hill. It was exciting, and even more exciting was that Lance Armstrong was riding among the group. Here are some photos from the race.

Michael road all the way from Chamonix and to Saint Leonard- Granges – 84Km and was able to catch the riders coming through. Here he is about to sign on to Team Radio Shack. 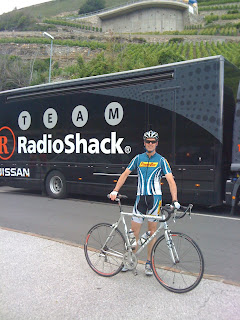