Michael convinced me to go to the Dachstein Extreme-the last of the individual ISMF world cup in the Dachstein region of Austria. www.ramsau.at

The proposed course was favorable to my skills: downhill start, 1000 meters of fixed line in a technical via ferrata and overall 900 more meters of downhill than the uphill. It was a chance to see a new area in Europe; we had visited Austria once before our children were born seeing Vienna and also relatives of Michael’s in Sierendorf. This trip would be our first time away without our children in 1 ½ years and first time we had left them without family.

The estimated journey time with Via Michelin was 8 hrs going north through Switzerland and Germany or south through Italy. We opted to go through Italy and it took about 10hrs with stops. Italy was a good choice as it felt like real spring there, a treat coming from the snow and down sweaters of Chamonix. The trees were budding and the fruit trees were blooming. We cherished the warmth in t-shirts at the Italian rest stops as we stopped to fuel up on hot Panini’s and 1 Euro cappuccinos. The only draw back to the Italian route was the amount of through truckers on the west-east highway but this could have easily been the same on the northern route. The return trip home was more favorable as trucks are forbidden to travel on Sundays. 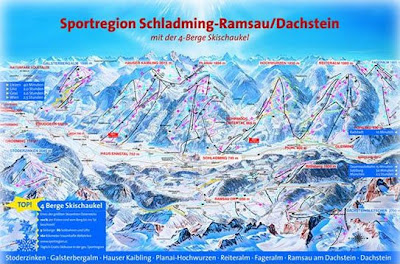 The village hosting the race was Schladming/ Ramsau both home to World Cup alpine and Nordic events. There are 10 different ski areas surrounding the big open valley- an incredible amount of skiing terrain- No wonder the Austrians are so strong in Alpine skiing. The town of Shladming lies at about 700 meters and you could literally ski to the parking lot. We stayed at a lovely little pension/ guest house- simple with a nice family touch. The Swiss team also stayed there. It was fun to get to know them a little more. 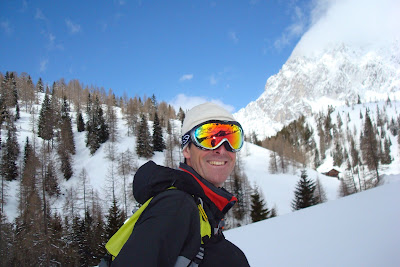 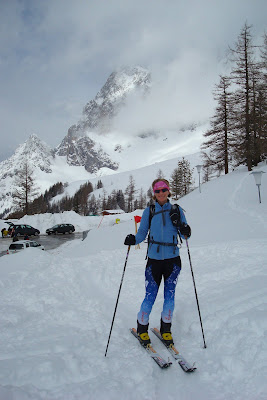 At the briefing we were informed it had been snowing steadily on and off for the last 6 weeks, hence the proposed course was changed and we were not going to go up on the Dachstein glacier (the glacier hosts summer skiing both alpine and cross-country) They would have needed 3 good days to equipe the 1000 meters of fixed line necessary to secure the course. Despite the change, the organizers and guides put up an excellent course with beautiful Dachstein scenery as a backdrop. We were lucky with a brilliant weather window on Saturday. The weather was warm, – around 10-14 degrees and it warmed up as the course went on.

The race attracted the top athletes from Europe as well as others from Poland, Slovakia and even Canada. It was fun to be a part of the last world cup and watch the final ceremony for the Individual wo 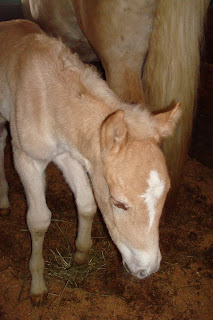 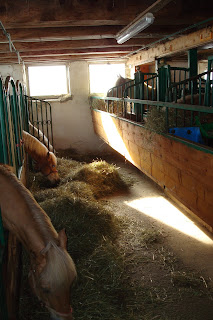 After the race Michael and I finally had a chance to relax a bit and enjoy the surroundings of the Austrian countryside. We visited an Austrian Haflinger farm with many new born foals. We tried Austrian schnitzel and even found a great organic café for a lunch. 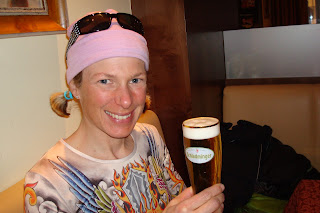 All in all, a great get-away for the two of us- a chance to see another part of Europe. As always, we were happy to get home to the boys! 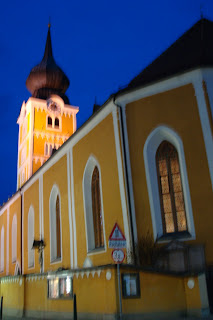