Musings of a Mezzalama Mama 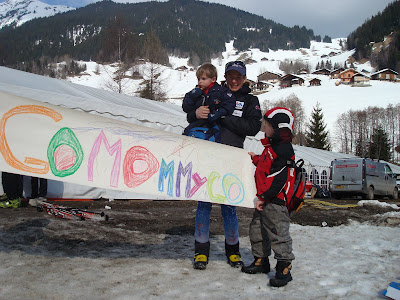 Today I headed up the Aiguille du Midi to try and do a bit of acclimatizing for the recently rescheduled Mezzalama before picking up the kids at school. The Mez had been postponed when all 1200 of us were on the start line at 5 am. This was a tough but smart call due to bad weather.
The new race date was not confirmed until yesterday so needless to say there were a few days of limbo. I had done 14 races this season, 5 of which were World Cup. I was ready to go on the 19th of April and was thinking summer days after that. It was kind of like showing up to an exam that you had been preparing for all semester and having the prof say –once you arrived with pen in hand, sitting at your desk,-sorry guys no exam today but maybe in two weeks. That was tough for the mind. I felt summer calling and so were my children.

2:30 pm– Aiguille du Midi view point 3480 meters (over 11,000 feet) I was up there trying to open up my lungs to acclimatize a bit. I fished around in my Petzl bug pack for my sunglasses. I found a Petzl e-lite, a pacifier, some homeopathic arnica tabs, lip stuff, a diaper and some wipes, but no sunglasses. Meanwhile a couple of tourists fished around in their bags and pulled out their Lucky Strikes. Hey, why not light up at 11,300 feet and fill the lungs with some cancer filling smoke rather than the fresh mountain air of Mt Blanc. You know it never ceases to amaze me here in Europe the amount of athletes who actually do smoke. In fact it was just last week when I was at the check in for the Mezzalama and I noticed a racer smoking as he was gathering his gear. What ever works man? This reminds me of a conversation I was part of last year. It went something like this, Yes, this year I am training for the Mont Blanc ultra trail, a woman explains as she takes a drag on a cigarette. Interesting training concept.

This winter was pretty full on with races almost every weekend, which meant focus on a few things: family, training and sleep. Cleaning seemed to be swept by the wayside as did going to the monthly book club meetings. But who am I kidding. I have read I think 2 novels since my 2 kids were born and a slew of child development books are stacked by my bed but I have not gotten through those either. It seems I read a few pages and then nod off to sleep only to be woken a few hours later to a wee cry in the middle of the night.

From time to time I will pick up a Martha Stewart Magazine-www.marthastewart.com

She has some good craft ideas and recipes but who in their right mind could actually be that organized? She actually has a whole room dedictated to crafting. Sounds nice- We have a garage dedicated to gear. She begins each issue with a calendar that is marked with things to do each day of the month. The April issue usually has things like, turn mattresses from winter to summer side, ( I did not even know they had two sides), wash curtains ( I would be scared to shrink my curtains), polish silver (I opted for no silver when I got married- just a climbing rack instead), air out duvets (I could do this), plant seedlings, (have to wait on this til after 5 May) and put winter clothes away (should do this). I am thinking she probably does not have 2 young boys or does not do ski mountaineering races nearly every weekend.

My weekly list goes something like this:
Take shower and brush hair! -Since motherhood-this routine has lessened
Catch up on laundry (the piles of laundry!)
Wash dishes
Unload dishwasher
Wash power gels out of race suit
Buy diapers and wipes
Put race stuff away

Long Term List: looming out there in the distance somewhere on the monthly calendar
Organize garage
Vacuum cheerios and cookie crumbs out of Chariot Carrier and car
Wash couch slip cover (the kids take a beating on it)
Potty train Anders 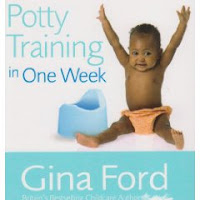 So needless to say, I may not be Martha and I know my house will never be as neat and tidy as my neighbors who name I will not name but then again she does not have 3 and 5 year old boys who seem to wreak havoc on any bit of organizing I may have done. Seriously I could spend hours tidying toys, closets and art drawers and moments later it seems as if WW3 has broken out when one pulls that favorite shirt from the bottomof the pile or they dump out all the blocks to find just the one they need for their tower.

But my husband would say, that stuff is not important- yes it might look good on the outside to have a spotless and well organized home but did that person actually enjoy a ski up a 4000 meter peak or spend the afternoon playing soccer with the boys? It’s more important to do yoga than clean the bathroom or sort toys. Or more important to get a good night sleep than stay up for hours surfing aimlessly for friends you once had in grade school on Facebook. And remember, you aint gonna see Martha doing the Mezzalama either… but maybe you can find her on Facebook.

And so he is right and as a Mezzalama mama I have learned to prioritize. In order to be a high level athlete and a mom/ wife and run a household it is important to be at my best. If this means I have to sacrifice some dirty dishes or extra loads of laundry piling up, so be it.

Important news: Spring Cleaning postponed to a later date. Date to be confirmed by end of the week. 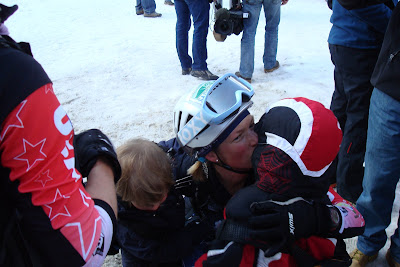 So for the record, I aint no Mezzalama Martha, but just a Mezzalama mama who is trying to keep motivated for the big spring cleaning coming up!