Racing under the Eiger: Grindelwald-Race 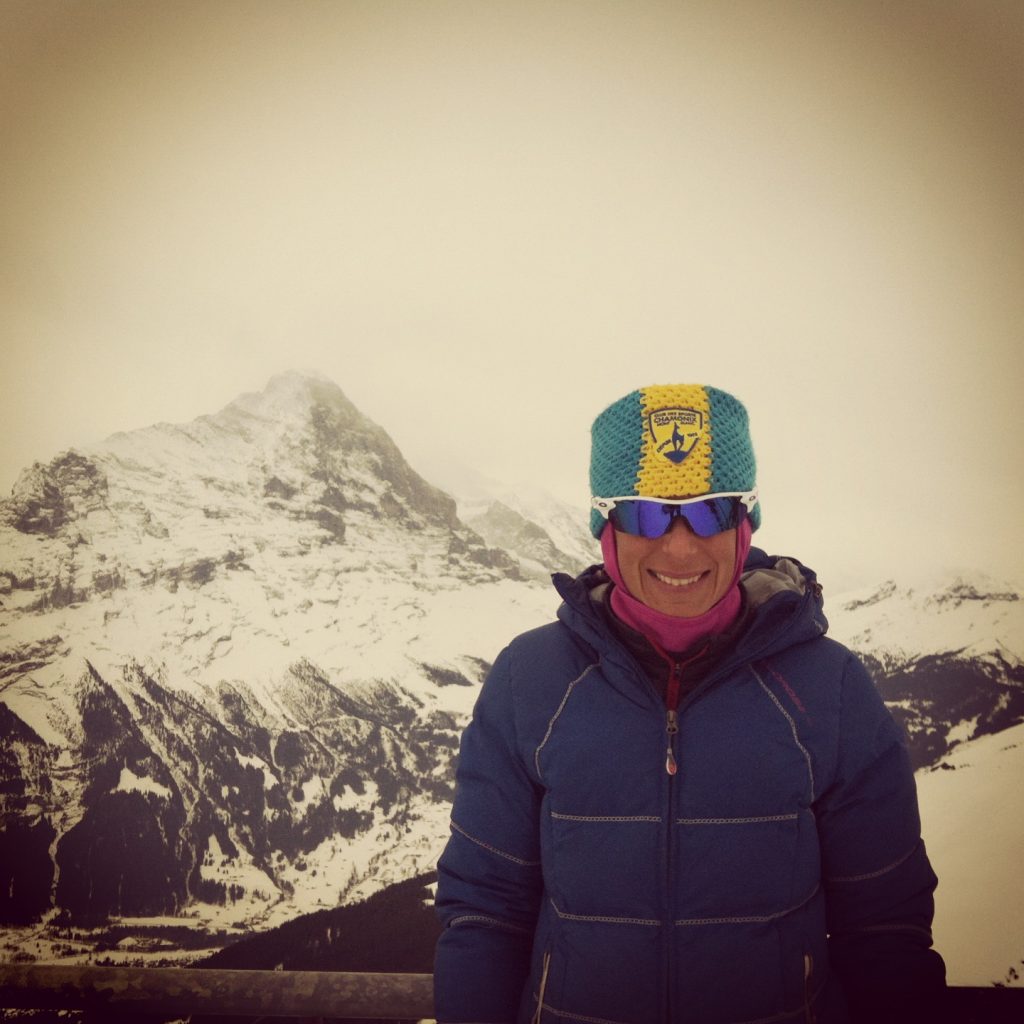 Grindelwald, Switzerland with Eiger in the distance

It is not everyday that there are sprint races on the calendar, and when we saw one in Grindelwald, Switzerland, a few of us from the Chamonix Ski Alpinisme club made a weekend of racing out of it. It was a weekend of great training in a beautiful backdrop of the Eiger.  There was not a huge turnout for the sprint race, but the competition was tough with the race organized by the Sprint Vice-Champion of the World Marcel Marti and his family from Grindelwald. 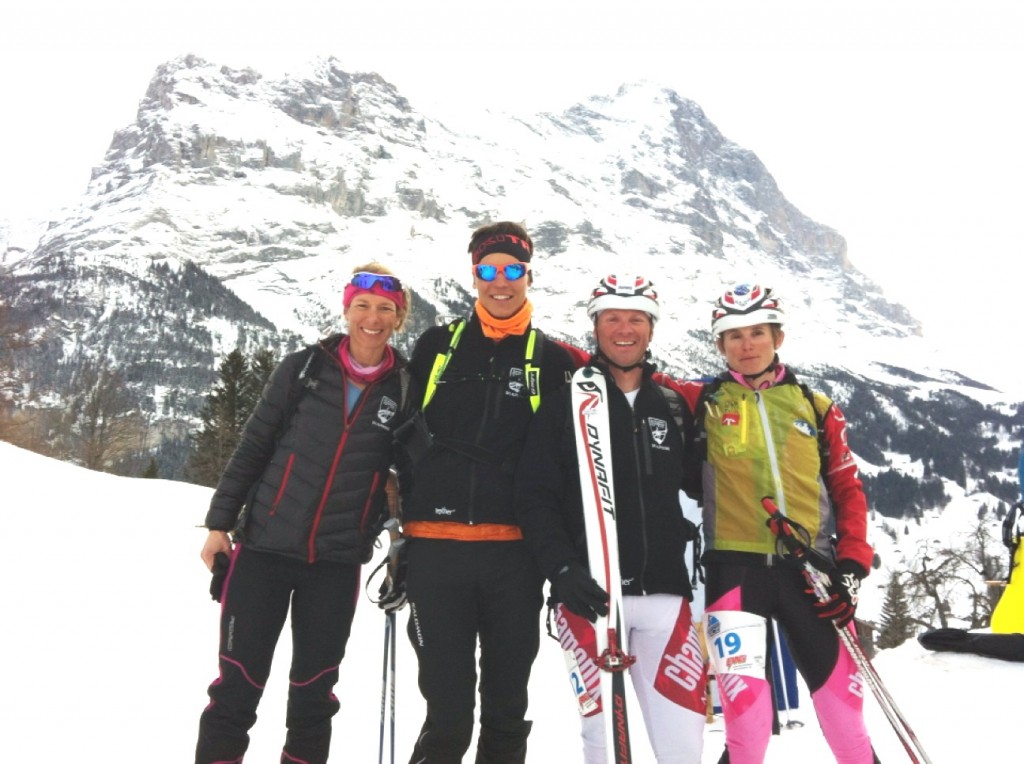 There were about 10 swiss national team men racing, plus French National Sprint Champion, Yann Gachet and our club coach as well as Valentine Fabre, my teammate who took 5th at the World Championships in the sprint. I had a strong qualification round putting me into the 1/4 finals against 5 other men.  That was the first time I had ever raced the sprint with men, and it was good training. Let’s say they start a bit faster than the ladies! My kind of speed!

I took 3rd place in my 1/4 final heat to make it to the semi’s. In the semi’s I was up against some of the big guns but pleased to take 5th, putting me in 10th overall, and 1st for the women. Yann Gachet, took 3rd behind Marcel Marti the sprint vice-world champion and Marcel Thieux of the Swiss Team.  All in all a good training session! 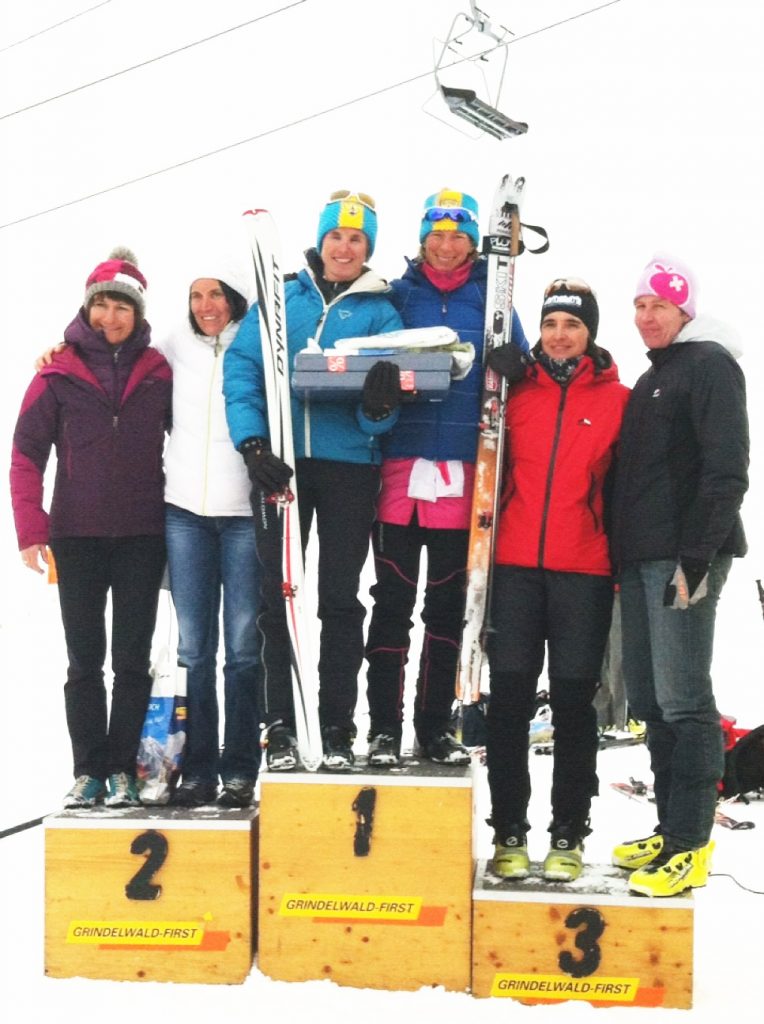 Sunday Valentine and I paired up for the teams race. It was a real treat to race again with her, since last year and our 5th place in the Pierra Menta. We won the women’s division and enjoyed a great training session of 1660 meters with some beautiful Eiger scenery to look at. No Pierra Menta for either of us this year. 5 years in a row for me! Valentine prepares for the World Military Games next week in Chamonix and is looking super strong and I prepare for my final world cup in Norway in April. Here are the team results. 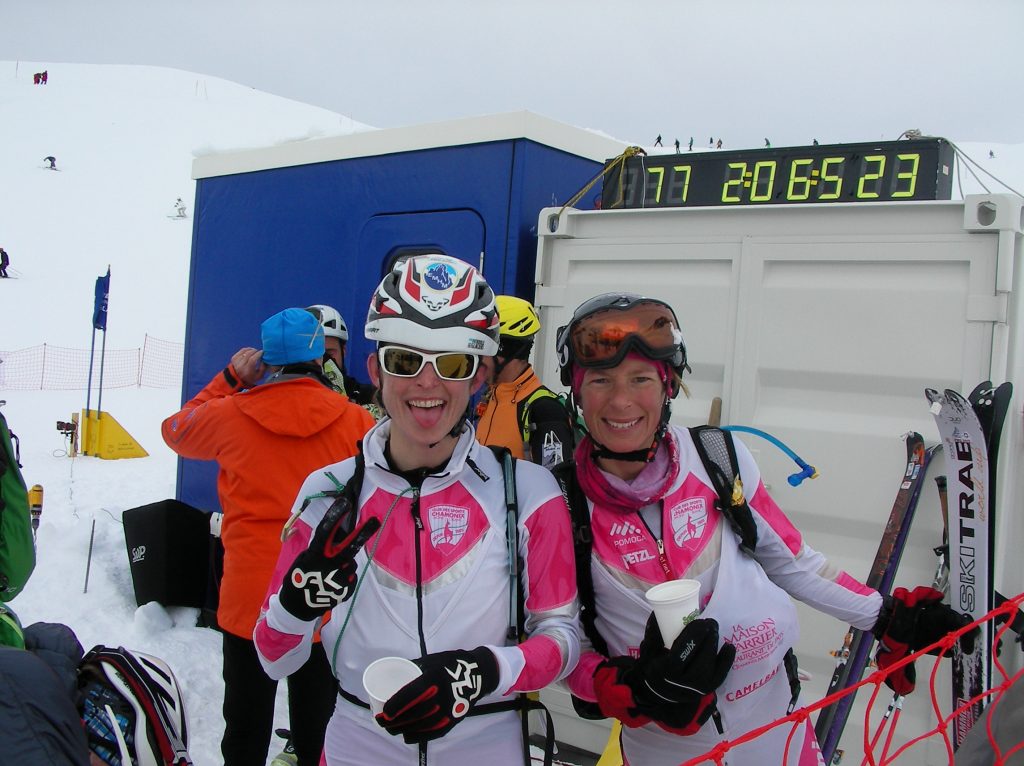 A great 2hrs of racing! Now some Swiss Rosti!

A big thanks to the Marti Family for welcoming us so warmly and putting on such a good weekend of racing! It was a real pleasure to catch up with other racers who I had not seen in a while. 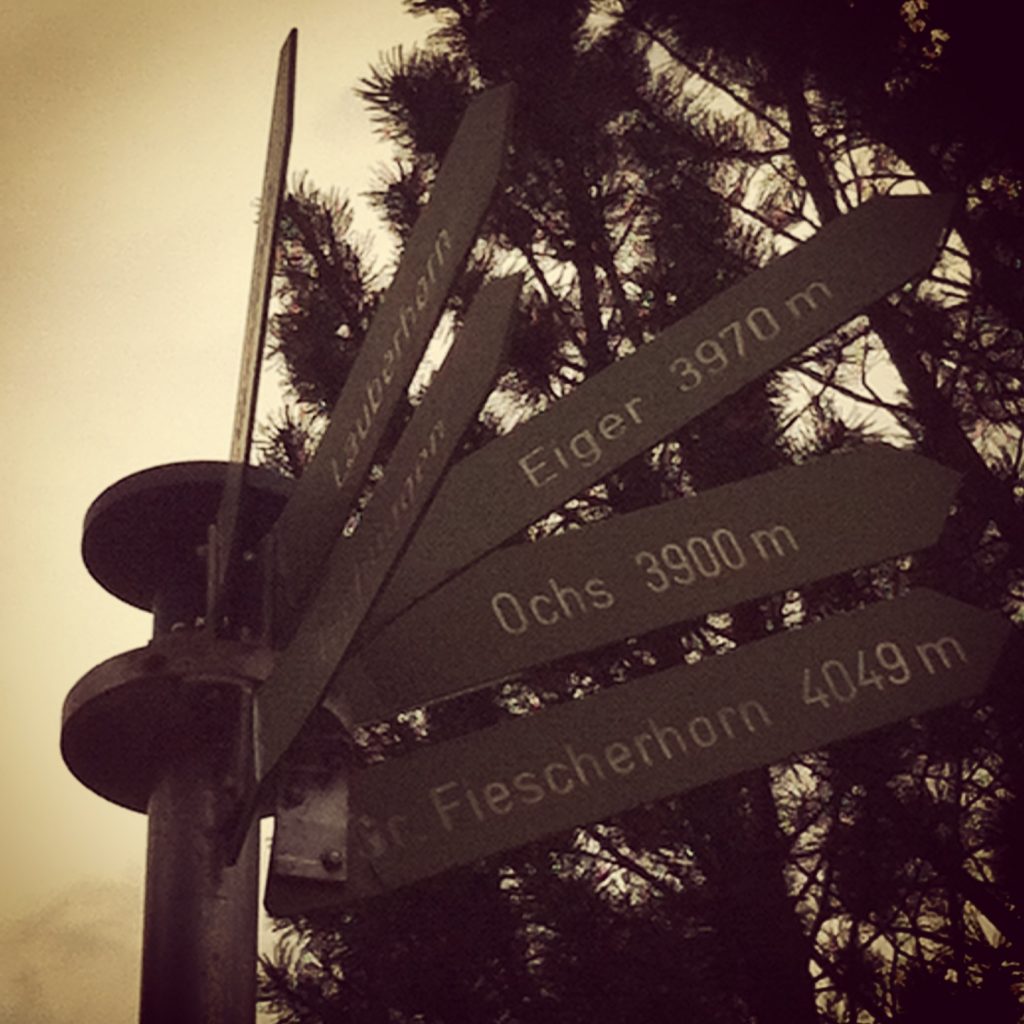 It is often in life that we come to a crossroads and ponder which way is best.

Robert Frost said it best in his poem:

The Road Not Taken

Two roads diverged in a yellow wood,
And sorry I could not travel both
And be one traveler, long I stood
And looked down one as far as I could
To where it bent in the undergrowth;

Then took the other, as just as fair,
And having perhaps the better claim
Because it was grassy and wanted wear,
Though as for that the passing there
Had worn them really about the same,

And both that morning equally lay
In leaves no step had trodden black.
Oh, I marked the first for another day!
Yet knowing how way leads on to way
I doubted if I should ever come back.

I shall be telling this with a sigh
Somewhere ages and ages hence:
Two roads diverged in a wood, and I,
I took the one less traveled by,
And that has made all the difference. 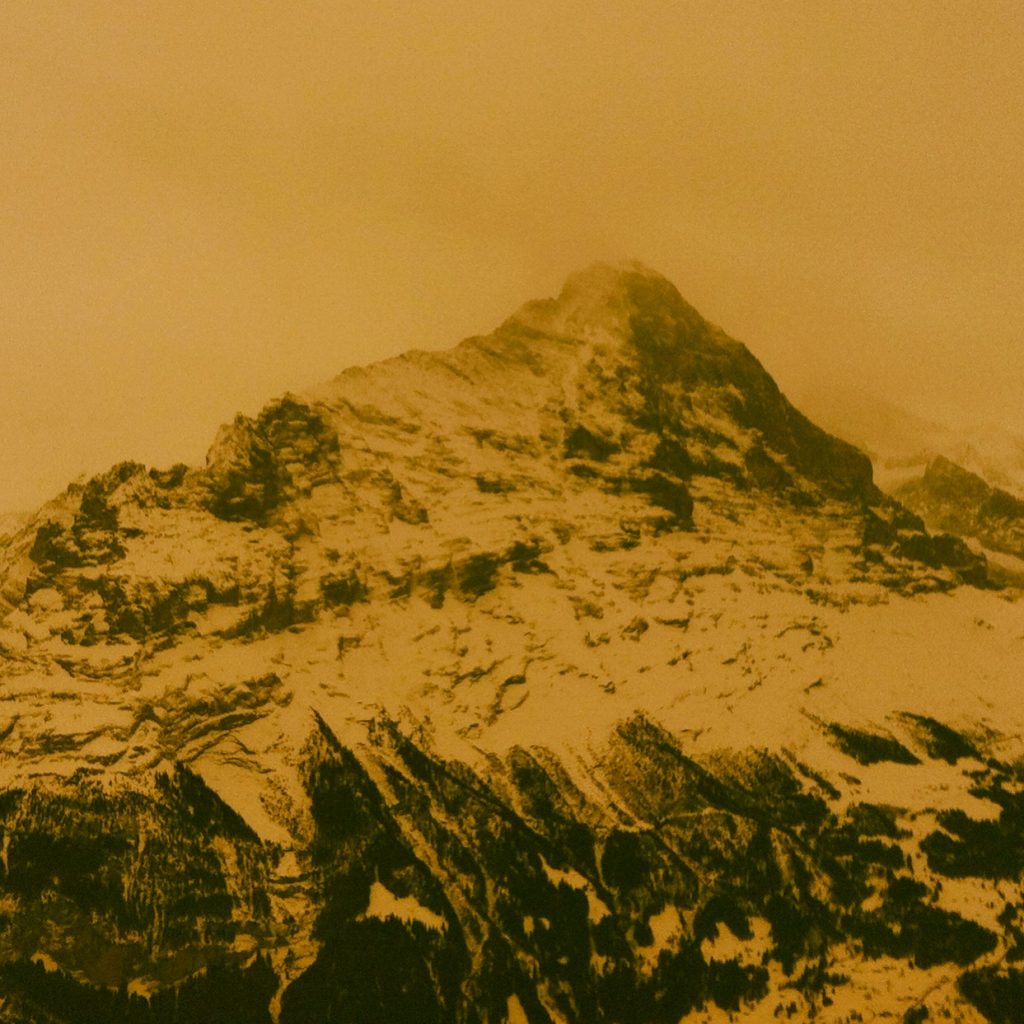 Surely this road I have taken with my family has been one less travelled by, but for us, it is one that has made all the difference.
Remember, happiness is a journey, not a destination.
Embrace the challenge & difficulty of your path with acceptance and self-compassion.
You will develop courage, confidence and true grit.
May you be happy and healthy
Tagged with: chamonix ski mountaineerin • grindelvald-race • hammer nutrition • petzl • ski alpinisme • ski mountaineering racing • sport legs • Swix • Wild Roses